Training Dogs to Sniff Out Coronavirus

Research is underway at Penn Vet Working Dog Center at the University of Pennsylvania School of Veterinary Medicine to train dogs to detect people who are positive for coronavirus. Nine dogs are enrolled in the study which exposes them to the urine from a hospitalized coronavirus patient. Researchers have fashioned a large horizontal wheel from metal with cans attached filled with various types of solutions. The purpose of the study is to train dogs to sniff out infected people. 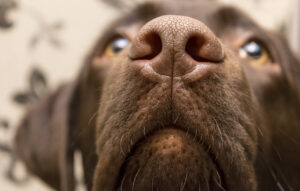 Because dogs have an incredibly strong sense of smell, researchers believe they could be trained to identify people infected with the coronavirus including those who are asymptomatic. The field of olfactory disease detection has the potential for significant changes in clinical testing for COVID-19. The concept of olfactory disease detection is based on the belief many types of illnesses are characterized by evident “odor prints” dogs can identify. If successful, this research has the potential to be quicker, more accurate and less invasive than the typical testing available today.

Though promising, this type of clinical testing must be rigorously vetted to ensure it is ethical, responsible and safe. Cynthia Otto, director of the Penn Vet Working Dog Center is enthusiastic about the results of the study so far. However, moving from the controlled setting of the study to a widespread testing program would be a significant undertaking. According to Otto, “Done wrong, it could be more damaging than helpful.”

Professor Perdita Barran from the University of Manchester has conducted research with medical detection dogs. She is skeptical the process can be scaled up to the testing needs which exist worldwide. Barran says the training required to teach dogs to identify people with COVID-19 would be expensive, time consuming and difficult to scale up to meet demand.

The research being conducted at the University of Pennsylvania is based on two principles. The first is the way we smell can be altered due to our health. The second is dogs are great biosensers. They have 50 times as many smell receptors as people. Because of their strong smell receptors, dogs can use their sense of smell to not only detect drugs and explosives but some diseases including hidden cancers, sudden shifts in blood sugar levels of diabetics, infections like malaria, and bacterial and viral infections. Therefore, researchers are hopeful they could be trained to identify people infected with the novel coronavirus. 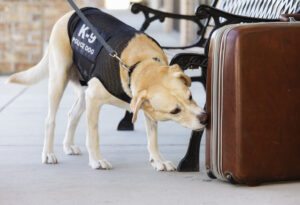 Researchers at Penn are already trying to create an artificial nose to be used in identifying women with early-stage ovarian cancer. Dogs are involved with this research as well. They help identify key odors allowing scientists to narrow down which molecules represent the disease.

Understanding how the brain processes odor has major implications for artificial intelligence. Greater understanding of how an odor transmits a signal through the olfactory system has ramifications for other fields of research including machine learning.

The concept that diseases smell has been around for centuries. Hippocrates in 400 B.C. wrote that people suffering from certain illnesses emitted a “heavy smell” in their sputa and urine. Physicians use their noses to diagnose diabetes and vitamin C deficiency. Human bodies give off volatile organic compounds in bodily secretions which change if a cancer develops or when infected with a virus. It is not the virus itself which can be detected through smell rather the smell from byproducts produced when cells die due to a virus injection.

A canine detector for COVID-19 has many advantages. People trust dogs even if they are mistrustful of scientists. Dogs are viewed as having no ulterior motive. 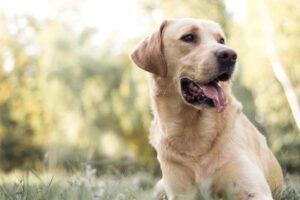 While research in this area continues to evolve here, other countries are moving at a more rapid pace. In Dubai airports, dogs sniff swabs of sweat obtained from passenger armpits. According to Dominique Grandjean from the national veterinary school of Alfort in France, the accuracy rate of the Dubai dogs is about 94.5 percent. Grandjean is a professor at Alfort and head of a research team which trained 16 experienced police and fire-fighter dogs to identify coronavirus positive people.

Though much work remains with the training and research at Penn, the dogs involved with Otto’s training program perform with incredible accuracy. Blaze, a black Labrador, is one of nine dogs enrolled in the University of Pennsylvania’s study. As Blaze performed flawlessly one day in early July identifying a can containing urine from a coronavirus-positive patient, Cythia Otto exclaimed, “That’s the grail! That’s amazing! Just amazing!” Meanwhile, Blaze unaware of why his olfactory prowess was eliciting such praise, bounded across the floor of the training facility to receive his reward. Tail wagging, he quickly devoured his kibble.