I bet if you asked a dog owner, 9 out of 10 would answer yes. It is one of those questions I don’t believe many people consciously think about on a daily basis. But when you take the time to think about this question, the answer seems obvious. Perhaps my personal opinion is clouding objective analysis here, but I have always believed owning a dog to be one of those simple and self-evident pleasures in life. Any seeming burdens associated with dog ownership – all the messes in the house, the dog food, chew toys, treats, and veterinary bills – become suddenly very trivial the moment you walk through the door after work and are greeted by the familiar embrace of unconditional love; the kind you only get from owning a dog. 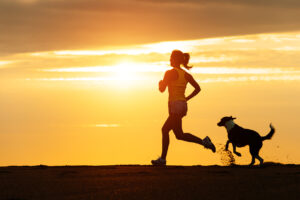 The reason I pose this question in the first place is due to the results of a recent 12-year survey conducted by Swedish researchers that studied correlative links between a reduced risk for cardiovascular disease and death, and owning a dog. Utilizing the demographic of 3.4 million Swedes ages 40 to 80, they excluded anyone with a record of cardiovascular disease before the timeframe of the 12-year study, and various controls for sex, age, income, and marital status, among others. Apparently, all dogs in Sweden are registered with the Swedish Board of Agriculture and can be identified individually by a subcutaneous chip or an ear tattoo with corresponding number.

Ultimately, the survey concluded that that owning a dog was associated with a 23 percent lower risk of of death from cardiovascular disease. More broadly, they also found that dog-ownership was associated with 20 percent lower risk of “all-cause” death. If you want to look more closely at the study and all of its results, you can find it published in its entirety in Scientific Reports . 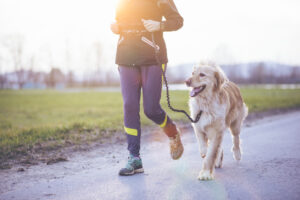 In a recent New York Times piece that highlighted the study, Tove Fall, the senior author of the study and an epidemiologist at Uppsala University, tempered the results by saying that the study did not conclusively prove cause and effect-linkage between health and dog ownership; however, he did suggest that ‘owning a dog is good motivation to get out and exercise and may provide some social support.’ He also noted a stronger effect associated with particular breeds, specifically retrievers and pointers.

Although, scientifically speaking, we cannot definitely prescribe a cause-and-effect mechanism here, I’m going to push the more formalized language aside for a second and simply say that this study doesn’t tell us dog-owners anything we didn’t already believe. If nothing else, owning a dog – or any pet, for that matter – is its own unique brand of heart-warming, holistic medicine. We may not be able to specifically identify the feeling, but we know, deep down, that our dogs are just good for the soul. And, according to Sweden, the heart, too.